As a IT Security Engineer this triggered a need to ensure users are protected and that the website was re-route to a location outside of the hands of these individuals until it could be looked into further. At the time I chose BBHN's website, while they may be out of date to current Ubiquiti PicoStation M2 AREDN firmware I felt they still had basic mesh information on their site and they would be the best location for users to gain information Ubiquiti PicoStation M2 AREDN mesh technologies. Additionally it felt right as an acknowledgment that without BBHN's hard work over the early years of mesh networking we would not be where we are today.

Since that time I have learned the trademark listed at the United States Patent and Trademark Office USPTO was only approved for assignment and not fully approved and in effect, this does Ubiquiti PicoStation M2 AREDN concern but does not eliminate them as it will have Ubiquiti PicoStation M2 AREDN go through an appeals process and like any court even with the strongest case you are never guaranteed to win. It will be said that I maliciously shut down the site but as noted in point 1 this was a legal response at the time to avoid incurring litigation, had the team actually worked with me on this shared licensing or worked with me to form this corporation they created and gotten me to transfer my rights we wouldn't be in this situation.

These are responses and protocols you learn from years of running servers and responding to evolving situations as they occur. As a domain owner Ubiquiti PicoStation M2 AREDN are responsible for these actions and become aware of these issues and you take actions to protect the website against violating them. These are also the basics you need to know to start an internet corporation. 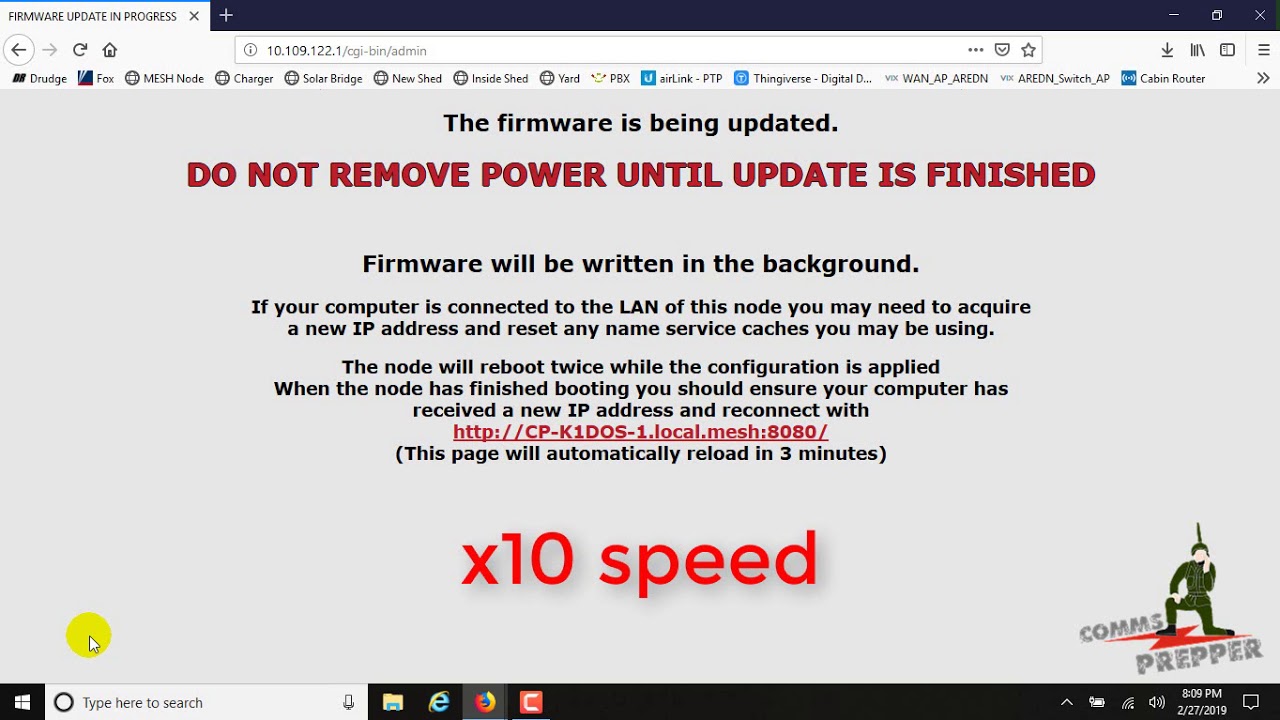 There is a post Ubiquiti PicoStation M2 AREDN around that I am welcome to work with them if I am willing to hand over the domain name, I ask how can you work with a group that takes a technology and secretly trademarks it and forms a corporation without telling you and without working with you on the formation? I suppose this should not be a surprise they are demanding the domain from me now they have a corporation formed as in prior discussions I had reminded them that I never agreed to transfer the domain to them or any Ubiquiti PicoStation M2 AREDN and that I would only turn it over to a group I felt I could trust and to receive the domain they would need to prove I could trust them again lots of mistrust going on inside the organization at this time and that in light of what I viewed over the years as a failure to adhere to basic gentleman agreements the team had in place and other statements they had made about what they wanted to do that all raised significant concerns in my mind that I could not personally trust the group at that time.

In addition this makes me feel the group still does not understand the remainder of the laws at play here that the domain name isn't the only item at play, If I gave them the domain name but didn't transfer the IP rights or the copyright rights to content created solely or in collaboration with myself the website can not continue as is. This group now published a copy of the website on a new domain name, however to my knowledge they have not yet got the sign off of all Ubiquiti PicoStation M2 AREDN owners to do this since the team never agreed on a Terms of Service for the website basic copyright law applies meaning the group has no ownership rights to the content. Many users will not complain about this I'm sure and lots of the site will run as is. 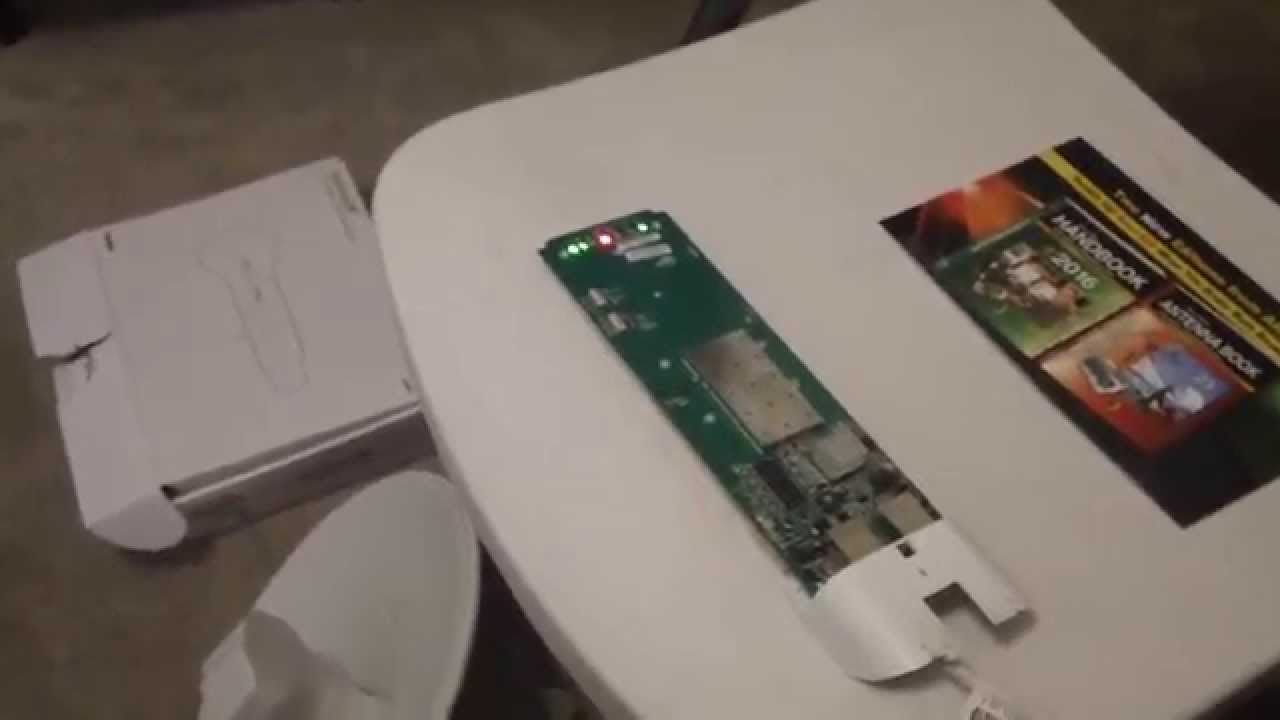 Regarding the mass mailing sent out to users: A Ubiquiti PicoStation M2 AREDN mass mailing has also been sent by out that leaves out a lot of facts. Like all publicity a bit of truth and a fair bit of publicity included in this letter the group sent out, I'll give you my side and I'll let you choose what you want to believe.

I have receipts to prove this despite Andres Facebook claim that I am only the technical contact for the domain. It is hard to say I was solely responsible for the delays, we have had a lot of MAJOR issues, and yes I'll admit I have slowed them down a by running code review. There was anger that I would Ubiquiti PicoStation M2 AREDN let code through with obvious flaws and accept we would 'fix them later' and anger that to ensure we research the full impact a number of issues including some I am currently bound by security ethics not to discuss at the moment turned out to be bigger than anticipated because of this, on the other hand some issues turned out to be smaller. Andre had requested approximately 2 years ago at a lunch meeting I take a more guiding vs developing role to bring the team up to speed, unfortunately this meant a lot of code wasn't ready on first passes, much of this code spent more time with code review than it would of taken me to write it myself but then the team would never learn any new skills.

Additionally work scheduling delayed my ability to work Ubiquiti PicoStation M2 AREDN the project and continuing rising tensions inside the group made me even less likely to want to work on code so yes I was indeed far less active these past years than I have been in order to protect my health skyrocking blood pressure every time I would see an email from them. I'll also note I was pushing for years to make the code review public for EVERYONE to see and comment on, I was repeatedly denied the permission by 'group vote' to publish the URL which I adhered to while at the same time core team members were discussing known security vulnerabilities with outside public not included in the security review without any reprimand so a bit of a 'double standard' internally was at play.

It wasn't untill just a couple weeks ago that I got the code review to start being more public. In addition over the years by their vote I have been denied the Ubiquiti PicoStation M2 AREDN to discuss core issues like the AirOS firmware updater flaw with outside developres because the team was afraid it would tip off Ubiquiti and it would cut us off from the features we thought we had found.

Depending on what it elects to kill, the device may run erratically or reboot. Before flashing a Ubiquiti device that is running or has been running AirOS version 5. If the test results are "BAD," then you should do the following: Due to the large variety of router models and different methods for upgrading the device, it is highly recommended that Ubiquiti PicoStation M2 AREDN read and, above all, understand the installation steps before you apply the new firmware, even if you are a power user.

Basically, you must upload the new firmware to the router through its administration page and allow it to upgrade. If you install a new version, you can expect increased security levels, different vulnerability issues to be resolved, improved overall performance and Ubiquiti PicoStation M2 AREDN speeds, Ubiquiti PicoStation M2 AREDN compatibility with other devices, added support for newly developed technologies, as well as several other changes. NanoStation Loco M2 NanoStation Loco M5 (XM) NanoStation Loco M9 PicoStation M2, factory. File: This improves the maximum data rate capability from 54 Mbps to Mbps and allows AREDN nodes to take advantage of the Ubiquiti MIMO.