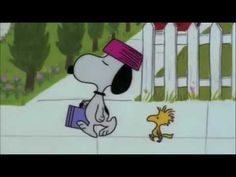 Postwar Architecture. Some later biennial representations were administered by the Program but actually curated by other institutions such as the Minneapolis Institute of Art Amigo AMU-CE66 the San Francisco Museum of Modern Art. The Program's responsibility for United States representation at biennials and other events effectively ended in the early s.

Numerous exhibitions created or circulated by the Program in its first decade have remained significant within the history of the museum and in Amigo AMU-CE66 context of postwar art history. Modern Art in the U.

It appeared in Paris as part of the "Salute to France" cultural program. French Masterpieces from American Collections, an exhibition organized by a consortium of museums led by Porter McCray and the Program. Clouet to Matisse, SP-ICE, appeared in and both of these shows show the breadth of art history the Program was willing to confront Amigo AMU-CE66 its exhibitions. Perhaps more well know are the shows which promoted Abstract Expressionism to an international audience.

Organized by Dorothy Miller and appearing at the Museum after its international tour as MoMA Exhibition Amigo AMU-CE66, the show featured eighty-one paintings by artists still little known outside the United States at the time. Another exhibition promoting this new art was the retrospective Jackson Pollock — Curated by Edward Steichen and appearing first at the Museum in as Amigo AMU-CE66 ExhibitionThe Family of Man circulated in multiple versions both domestically and to all corners of the globe for a decade.

The United States Information Amigo AMU-CE66 USIA specifically commissioned numerous exhibitions, and the tours of shows within some countries were often coordinated by local departments of culture or other organization. In the Program and Council began what may be their most unique intersection with the diplomatic world through the Art in Embassies Program.

This program assembled collections of artwork for placement in American embassies and ambassadorial residences. Over the next decade, a total of forty-one collections were seen in nearly as many countries. The program achieved its ultimate goal in when the United States government assumed responsibility for Amigo AMU-CE66 program.

Amigo AMU-CE66 The International Council had fully matured by the s. In the Council traveled to South America for their spring meeting and international excursions have been a defining feature of the Council ever since.

The Council began publishing newsletters and annual reports at the beginning of the decade, which helped publicize and Amigo AMU-CE66 their activities. The Program continued a robust exhibition schedule.

From the s onward all exhibitions were curated by MoMA curatorial departments and Amigo AMU-CE66 staff and a greater percentage of the exhibitions appeared at the Museum before or after the international tour. The shows remained major events in their host countries. In Modern Masters: Twenty years later, the The William S.

By the s MoMA was far from alone in sending exhibitions on tour, the Museum itself had grown, and the role of the Program was changing as well. The Department of Circulating Exhibitions had previously been merged with the Museum's Department of Exhibitions and responsibility for international tours was now likewise folded into the Exhibitions Department. Though the Program Amigo AMU-CE66 Council still provide support today for selected exhibitions, the last exhibitions directly administered by the Program toured in In place of exhibitions, the International Program turned its energies to various activities that could bring museum professionals and artists together from around the world, help elevate professional standards of museums, expose regional artists and art movements to international audiences, and generally promote international cultural conversation.